Imagine public defenders being given IOUs instead of paychecks by the federal government for representing defendants. Or federal court clerks, stenographers, bailiffs and security guards going without paychecks, throwing into question whether court houses could operate at all.

Those are some of the consequences that will result if Washington lawmakers don’t come up with a resolution in the ongoing budget battle, judicial officials warned yesterday.

If Congress’ budget  impasse continues, leading to the government shutdown, “litigation might be grinding to halt for a while,” D.C. Circuit Chief Judge David Sentelle said yesterday after a meeting of the Judicial Conference, according to the Associated Press.

Federal trial courts would be hardest hit, Sentelle said, since appellate courts’ time schedules aren’t as sensitive as those of district courts, the BLT blog reported.

The Conference also issued a statement airing some other concerns regarding Congress’ ongoing budget battle, including the fact that the views of the Judicial Branch are not being represented during budget negotiations.

Just days after Attorney General Eric Holder sent a letter to Congress informing lawmakers that the Justice Department will no longer defend the Defense of Marriage Act – which denies federal benefits to same-sex married couples – House Speaker John Boehner announced that the House will send its own lawyers to defend the law in federal court.

The Ohio Republican will convene a House panel called the Bipartisan Legal Advisory Group that will have the power to order the House general counsel’s office to bring legal action on behalf of the House.

In announcing the move, Boehner chided President Obama for his decision to stop defending the law.

“It is regrettable that the Obama Administration has opened this divisive issue at a time when Americans want their leaders to focus on jobs and the challenges facing our economy” Boehner said in a statement Friday. “The constitutionality of this law should be determined by the courts — not by the president unilaterally — and this action by the House will ensure the matter is addressed in a manner consistent with our Constitution.”

Lawmakers seek probe of group that seeks probe of justices

The Texas Republican called for the probe after a conservative website posted video footage of protesters making threatening comments about Justices Antonin Scalia and Clarence Thomas, Politico reports. One demonstrator said of Thomas, the only black justice on the Court: “What do we do with him? String him up. And his wife, too. Let’s get rid of Ginny.”

Gohmert wants Attorney General Eric Holder to investigate whether the group should lose its nonprofit status.

It is unclear whether the protesters were members of Common Cause, and the group has condemned the demonstrations.

“This is an organized attempt of media lynching of Justice Thomas,” King said.

Last week the National Labor Relations Board made headlines when its top officials warned that the House’s budget proposal would force the agency to shut down completely for nearly three months.

But apparently the White House was not too pleased with the agency’s proclamation.

To find out what happened next, read today’s story from Lawyers USA online.

Dozens of law professors have urged members of Congress to extend the ethics code that applies to most federal judges to the justices of the U.S. Supreme Court.

In the letter, sent to top members of the House and Senate Judiciary Committees and posted on the website of Alliance for Justice yesterday, the law professors called for clear rules setting out when Supreme Court justices should recuse themselves from cases. Such “mandatory and enforceable rules” would “protect the integrity of the Supreme Court,” the professors wrote.

The professors cited recent media reports of justices engaging in activities that some say create at least the appearance of impartiality.

“Decisions of Supreme Court justices have the broadest impact, are frequently divisive, and often turn on the vote of a single justice,” the letter states. “Yet, while all other federal judges are required to abide by the Code of Conduct, and are subject to investigation and sanctions for failure to do so, Supreme Court justices look to the Code for mere ‘guidance,’ and are not obligated to follow the Code’s rules.”

The legal scholars cited the Court’s own reasoning in the decision in Caperton v. A.T. Massey Coal.

In that case the Court ruled “that the justice’s view of his own impartiality did not matter so much as whether the appearance of his impartiality was compromised,” the letter states. “Critically, the Court held that an independent inquiry was needed ‘where, as here, there is no procedure for judicial fact-finding and the sole trier of fact is the one accused of bias.’

“Unlike Caperton, where the Supreme Court reversed the self-judged view of a single state court judge, there is no review procedure for recusal decisions by Supreme Court justices.”

Attorney General Kenneth T. Cuccinelli said he would seek to bypass the 4th Circuit Court of Appeals and go directly to the nation’s highest court because the uncertainty over whether Congress had the authority to mandate health care coverage required fast resolution.

“Currently, state governments and private businesses are being forced to expend enormous amounts of resources to prepare to implement a law that in the end may be declared unconstitutional,” Mr. Cuccinelli said according to The New York Times.

Two federal courts have upheld the law, while courts in Virginia and Florida struck down the individual mandate as violative of the Constitution’s Commerce Clause. The Florida Court declared the entire law invalid.

Meanwhile, Utah GOP Sen. Orrin Hatch said Justice Elena Kagan should recuse herself when the challenge to the law reaches the Supreme Court. And he said, that move could create a 4-4 tie among the justices.

“I think that Kagan, who was the solicitor general at the time this was all done, probably should recuse herself, which means it might not be resolved by the Supreme Court,” Hatch said Wednesday evening on Fox News, The Hill reports. “That means the lower court decision will be the acting law.”

DC Dicta loves a good lawsuit story. It’s been a while since we’ve written about one – our favorite up to now was the administrative judge who tried to sue the pants off a dry cleaner store for losing his breeches. But we may have a new candidate!

Our plaintiff of the day is Rep. Dennis Kucinich, the Ohio Democrat who twice sought the presidential nomination. The defendant: the operators and suppliers of the cafeteria in the U.S. House of Representatives.

In a complaint filed Jan. 3, Kucinich claims he bought a veggie wrap at the shop in 2008, but when he bit into it his tooth hit a hidden olive pit causing “permanent dental and oral injuries requiring multiple surgical and dental procedures,” the Cleveland Plain Dealer reports. He’s seeking damages for future dental and medical expenses as well as pain, suffering, and loss of enjoyment – to the tune of $150,000. (See the complaint here care of Courthouse News Service.)

But the folks at Gawker are wondering just how bad those dental injuries were, and perhaps giving the defendants a key piece of evidence. Gawker posted a video of Kucinich speaking on the House floor five days after the alleged olive pit assault. “He looks fine and talks normal!” observed Gawker’s John Cook.

Kucinich’s spokesperson said the lawmaker had “no comment other than to say this is a private legal matter.”

Today, members of the House Judiciary Committee will gather and break bread in an effort to foster a bipartisan spirit among its members. And the headline speaker at the event will be Supreme Court Justice Stephen Breyer, The Hill reports.

The meeting has been planned for some time by new GOP House Judiciary Committee Chairman Lamar Smith, even before the Tucson shooting that killed six people and injured 13, including Rep. Gabrielle Giffords. That event has caused some to call for an end of rancorous partisan political rhetoric.

Smith said he asked Breyer to speak at the meeting after reading about his work as counsel on the Senate Judiciary Committee under Sen. Edward Kennedy. That committee, Smith said, was known for its bipartisan work.

“[Breyer] said yes,” Smith told The Hill. “He is going to be our leadoff speaker. Obviously, we are asking him to talk about bipartisanship, not legal philosophy. But it shows some bipartisanship that we are going to have a Supreme Court justice that some people would consider to be on the liberal side.”

The new 112th Congress kicks off its session today, and lawmakers – including new House Speaker John Boehner – will be sworn in. But it was Boehner’s staffers who got a Supreme treat yesterday.

All federal employees must take a constitutional oath. But yesterday Chief Justice John G. Roberts, Jr. administered that oath to members of Boehner’s congressional staff during a closed-door ceremony in the congressman’s office.

The move was unusual – most staffers simply sign an oath without any pomp or circumstance, reports The New York Times‘ The Caucus blog. But the move isn’t unprecedented.

Supreme Court spokeswoman Kathy Arberg told the Times that Roberts has presided over a number of oath ceremonies, including those for the architect of the Capitol, board members at the Legal Services Corporation and the new ambassador to Australia.

Roberts has lot of experience administering oaths – remember that he did it twice for President Barack Obama.

Before the incoming members of Congress cast their first votes, they will get a constitutional law primer from Justice Antonin Scalia.

The Supreme Court’s most senior associate justice agreed to teach lawmakers about constitutional law at the invitation of Minnesota Rep. Michele Bachmann. The details are still being worked out, but according the CBS News, Scalia’s lecture will be the first in a series of weekly or biweekly classes planned by Bachmann for the freshmen lawmakers. The courses will focus on the nation’s founding documents, according to the CBS report.

“We’re going to do what the NFL does and what the baseball teams do: we’re going to practice every week, if you will, our craft, which is studying and learning the Declaration, the Constitution, the Bill of Rights,” Bachmann recently explained to Lou Dobbs. “Justice Scalia has graciously agreed to kick off our class. The hour before we cast our first vote in Congress, we’ll meet in the Capitol, we’ll have a class or a seminar on some segment of the Constitution, we’ll have a speaker, we’ll have questions and answers, we’ll wrap our minds around this magnificent document. That’ll set the tone for the week while we’re in Washington.” 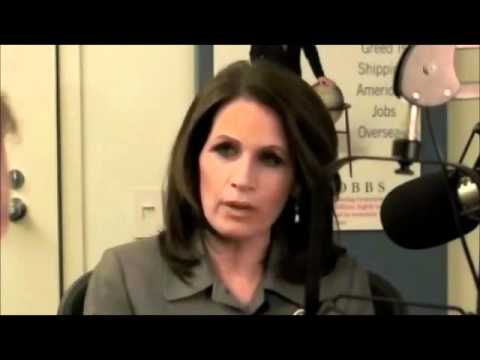